Flash and Silverlight based ads will become extinct by 2013 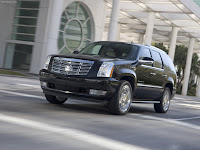 Not so long ago, Macromedia Adobe Flash was a dream environment for web games and advertisers.

Nonetheless, when Steve Jobs mentioned that Apple (iOS) will never support Flash in their mobile devices, Flash community was shocked. Second shock came from Microsoft which mentioned that  version 5 of Silverlight could be the final release of Silverlight. (http://www.theverge.com/2011/12/10/2625339/microsoft-silverlight-5-released-will-it-be-the-final-version)

As all of us know, the problem of both Flash and Silverlight is compatibility. Flash does not work on iOS, Silverlight does not support multiple versions of multiple browsers and future browser support is in doubt.

Compatibility, which is being able to serve as much device/user as possible, is a key element in advertisement. Have you seen any billboard which cannot be seen from 2011 Porsche 911 but can be seen from a 2011 Cadillac Escalade? (we assume Porsche driver is following the rules and drives around the speed limit :)

In 2012, compatibility = HTML5. All major browsers (not only desktop but also mobile, yes even IE :) are working on to improve  HTML5 (new tags + JavaScript APIs) compatibly and JavaScript interpretation engines.

The good: HTML5 and JavaScript libraries are as strong as Flash or Silverlight .NET frameworks and promising future improvements.
The bad: Legacy applications written with Flash and Silverlight need to be rewritten in the near future.

Popular posts from this blog

3 Must Haves of a Status Report

If you are a project manager, status report is the vital part of your communication to the leadership and audiences interested in your project. The purpose of the status report is not to drive a project with stakeholders. Project planning and driving should be handled separately. Status report has a single purpose, describe the status of the project. That's it. Here are the 3 attributes a status report should have. 1. Brief and Clear A status should be short and well thought. Remember what Mark Twain said, "I didn't have time to write a short letter, so I wrote a long one instead.". If your status report is long and hard to follow, it means you did not think enough on it. If you have not spend time on your status report, why would other people spend more time on your status report to understand. Even worse, if they read and try to decipher what you have written, each person may interpret it differently. Therefore, keep important updates at the top and use clear
Read more

- September 05, 2016
IN TRANSIT AT REST SSL/TLS Server Side Managed Keys Client Side Managed Keys S3 (SSE-S3) Each object is encrypted with a key. Amazon encrypts the key with a master key, which rotates regularly. AWS Key Management Service (SSE-KMS) Allows you to audit trail (who and when used the key), extra cost and you manage the master key. Customer provided (SSE-C) User manages the keys but encryption done by Amazon User encrypts the data on client-side and uploads to S3
Read more

- June 14, 2009
Alright, today I would like to work a sample web site and browse it not only from my Android Emulator but also from my Android G1 device. Since I did not make the web site public yet, I need to play with "hosts" file in order to direct specific url to my specific intranet IP on Android browser. The steps that I follow to accomplish my goal are provided below; For Android Emulator; 1. From the terminal invoke the adb command with remount option otherwise you will get "failed to copy 'hosts' to '/system/etc/hosts': Read-only file system". adb remount 2. In the terminal pull the default hosts file from /system/etc/hosts or /etc/hosts which is the symlink of the file not only for backup purpose but also to get the file to modify. adb pull /system/etc/hosts /home/player/hostBackup/ 3. Get a copy of the the hosts file in your computer and modify it according to your needs. 4. Now we can push the file directly to the emulator. adb push /home/pla
Read more